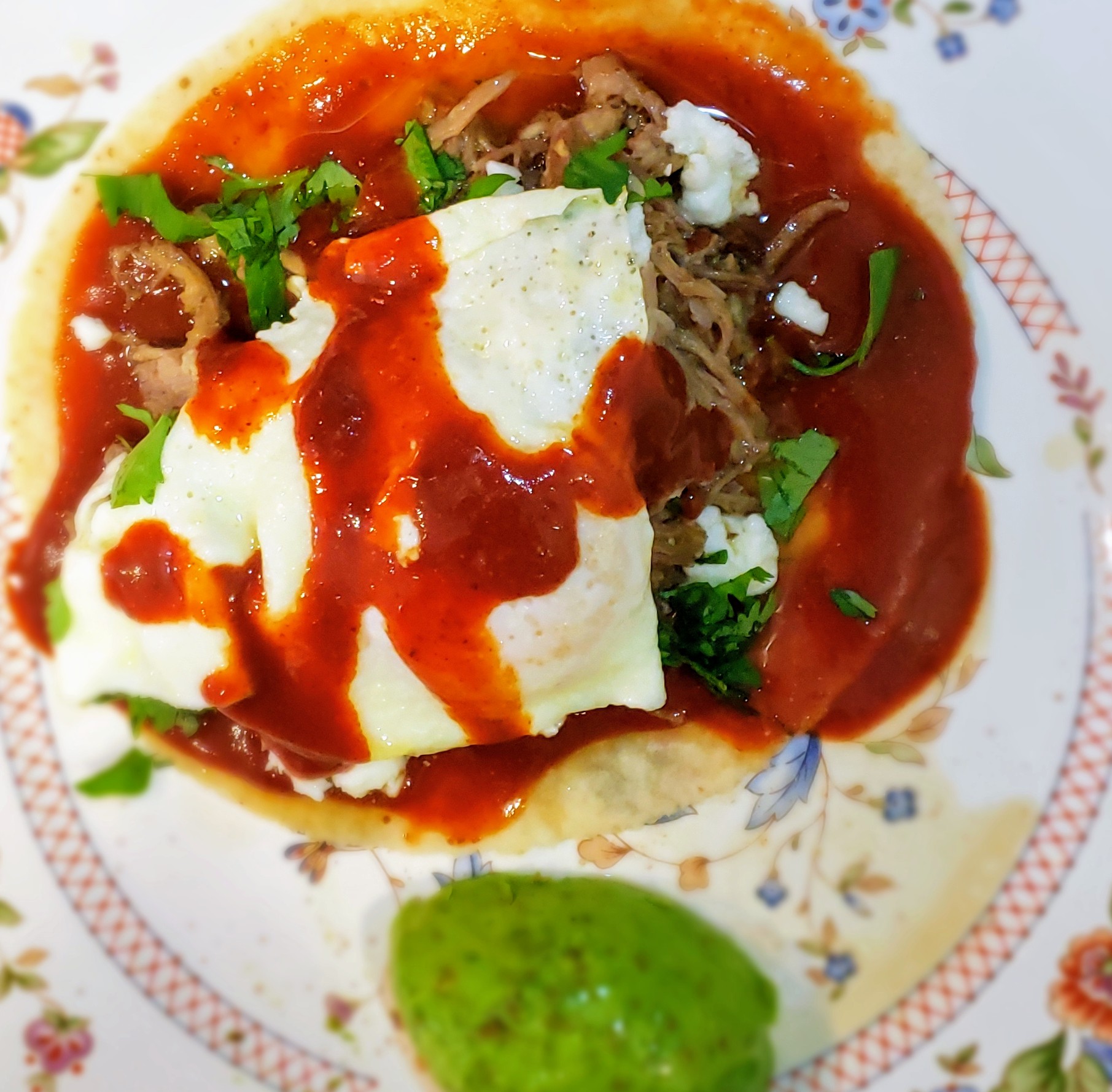 I’ve been trying to perfect homemade wheat-free enchilada sauce for a few years now. I’ve found various paleo recipes and tried to modified wheat flour containing recipes, but have never found one that knocked my socks off. This weekend we had a hankering for enchiladas and I took one more stab at it. The boyfriend said don’t mess with this recipe, that this one was perfect.

I made enchiladas with shredded pork and almond flour tortillas and they were so good! The next morning I made huevos rancheros.

I used Trader Joe’s Organic Chicken Stock instead of water. The chili powder adds just the right amount of heat.

Here’s a Paleo tortilla recipe that is easy and works well for those who are allergic to nuts or want grain free tortillas.

Seite brand makes great Almond flour tortillas if you don’t want to make your own. They also have a Cassava version, but they have a lot more carbs than the Almond ones.

Click here for the Enchilada Sauce recipe and my shredded beef or pork recipe.