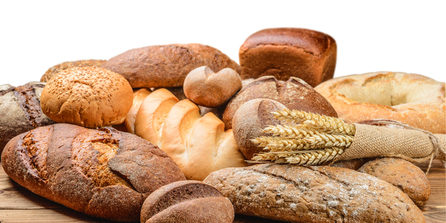 The Problem with Wheat

Let’s look at eating gluten- or wheat- or grain-free from another angle. Wheat, and other gluten containing grains like rye and barley, are seeds of grasses. The human stomach was not designed to break down these seeds very efficiently. When you think about the anatomy of a cow, it takes four stomachs to break down these seeds for them to obtain the nutrients they need,

Okay, so humans figured out how to make bread and other products from wheat. But, if you look at ancient cultures, oftentimes the dough had been fermented which helps the grain to be more easily digested by humans. The fermentation process breaks down the gluten and other anti-nutrients in the wheat, like phytic acid, and makes the baked goods more digestible. Real sourdough bread is fermented. Some people who are unable to tolerate regular wheat bread are able to tolerate true sourdough bread.

Another problem with wheat is that it has been hybridized over the past 50 years. It has been bred to have a faster growing cycle and contains more gluten. Since the introduction of this hybridized wheat, celiac disease and other wheat sensitivities have greatly increased. There is a direct correlation between this change in the wheat and an increase in these conditions!

Because we humans think we can outsmart nature, conventional wheat farmers spray Glyphosate on the crops to hasten the harvesting period. Yes, they are prematurely KILLING the wheat with poisonous chemicals to harvest it sooner and then plant another crop. Traditionally, farmers would wait for the crops to die on their own before harvesting.

So, what is glyphosate? It is an herbicide – the active ingredient in RoundUp™. It kills plants. It also kills the good bacteria in your gut. You cannot wash it off the plant. Glyphosate has no business in any living being’s diet including livestock and our pets. Just like it destroys our gut, it destroys the animal’s gut as well. It is passed on through the meat we eat, because commercially raised confined feedlot animals are being fed feed tainted with glyphosate. (Corn and soy are sprayed with glyphosate too.) For more information about the dangers of glyphosate by a senior research scientist at MIT, check out this article.

Speaking of our beloved pets, did you know that 1 in 2 dogs and 1 in 3 cats will get cancer in their lifetime? This is due to the food they are eating, which includes glyphosate sprayed grains and animal protein from animals fed glyphosate spayed feed!

There is a wide range of non-celiac gluten sensitivity (NCGS) symptoms. Most people who choose to eat a gluten-free diet do so because they feel better. The range of symptoms of NCGS (or perhaps it’s really glyphosate sensitivity) include joint pain, gas, bloating, diarrhea, constipation, IBS, eczema and skin rashes, fatigue, brain fog, migraines, hypothyroidism, mood issues and more.  NCGS is difficult to diagnose with blood tests or other lab tests. But if you feel better not eating gluten, what’s the harm in adopting a gluten-free diet?

There are people who cannot tolerate wheat products here in the United States because of how it’s grown but go to Europe and are able to tolerate wheat containing products there with no physical consequences. Why is this? Because many countries around the world ban glyphosate!

Even if you don’t think you have any sort of wheat sensitivity or intolerance, you should only eat organic wheat to avoid glyphosate and possible future damage to your gut. Ancient varieties like Einkorn or Kamut are better than just organic because they are closest to the wheat our ancestors ate.

Don’t let anyone tell you that by cutting out grains from your diet it is unhealthy or that you will become mal-nourished. The whole-grain lie has been perpetuated by the federal government because many farmers who grow wheat, soy, and corn get government farm subsidies. (The same lie goes for milk – the USDA tells us that 3 glasses a day is necessary for good health, not true!) You can get all the nutrients that you need for great health from organic vegetables, fruits, nuts, seeds, pasture raised eggs, chickens, and grass-fed beef, sheep, bison, etc.

(If you’re going to eat bread, then check out this shopping guide.)

If you suffer from any of the symptoms mentioned in this article, I hope you’ll try a whole foods gluten-free/grain-free diet. Don’t let anyone make you feel like you’re just following a fad diet or that if you haven’t been diagnosed with celiac disease that a gluten-free diet is dangerous. This is absolutely not true, and the benefits of going gluten-free can be amazing!

For Email Newsletters you can trust. 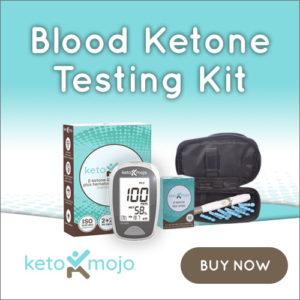